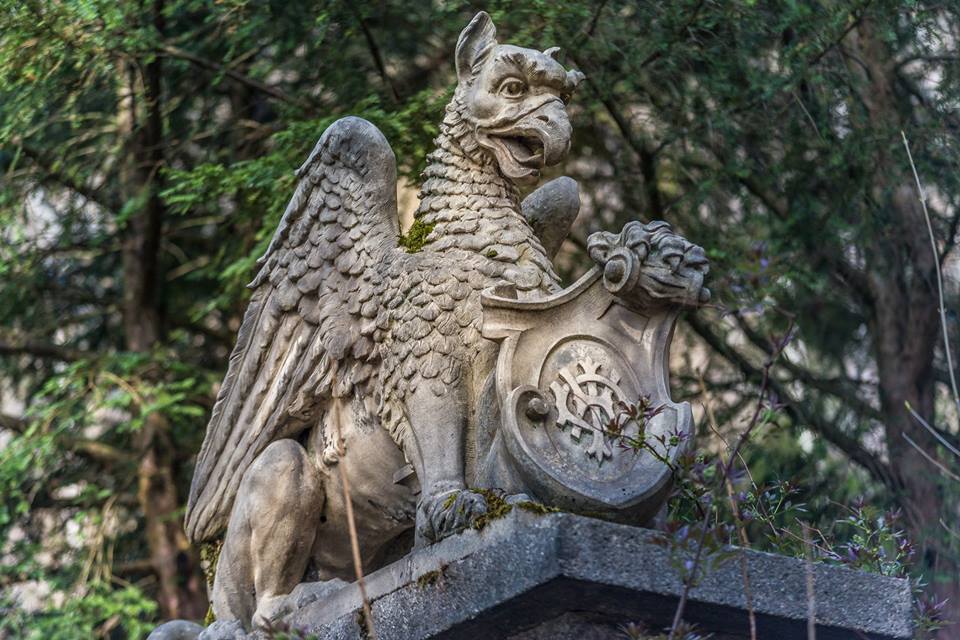 Princely villa in the heart of the town was in the past one of the most luxurious hotels in general. Within the famous guests can be found the name of Emperor Franz Joseph I, but also later Czech presidents Masaryk and Beneš.

The name means “Look in land”, and the high turret offered a truly breathtaking sight previously. According to legends the villa is cursed and considering its fate in recent years it seems to be truth. Although the reconstruction should been finished years ago, it has never been completed and still is not possible to enter the building these days.

Inside the building there’s the ghost of a girl who was staying there and killed herself unfortunately when falling down the stairs. And although she supposedly died with a smile on her lips while saying “I died in Lil”, she is an evil spirit and is trying to revenge on female visitors – when they step on the spiral stairs, she’s trying to hurt them. In the rooms there is also sometimes the mysterious swaying of the chandeliers noticeable, some people have seen a misty form of a woman’s face… You can walk around the Villa Lil from the Main Street to the street of Anglická, and with a little luck you’ll maybe catch a glimpse of the ghost in the window. Or just look around and admire the abandoned beauty that once charmed even the Austrian emperor.