There’s the area nearby Marienbad, where strange things happen. 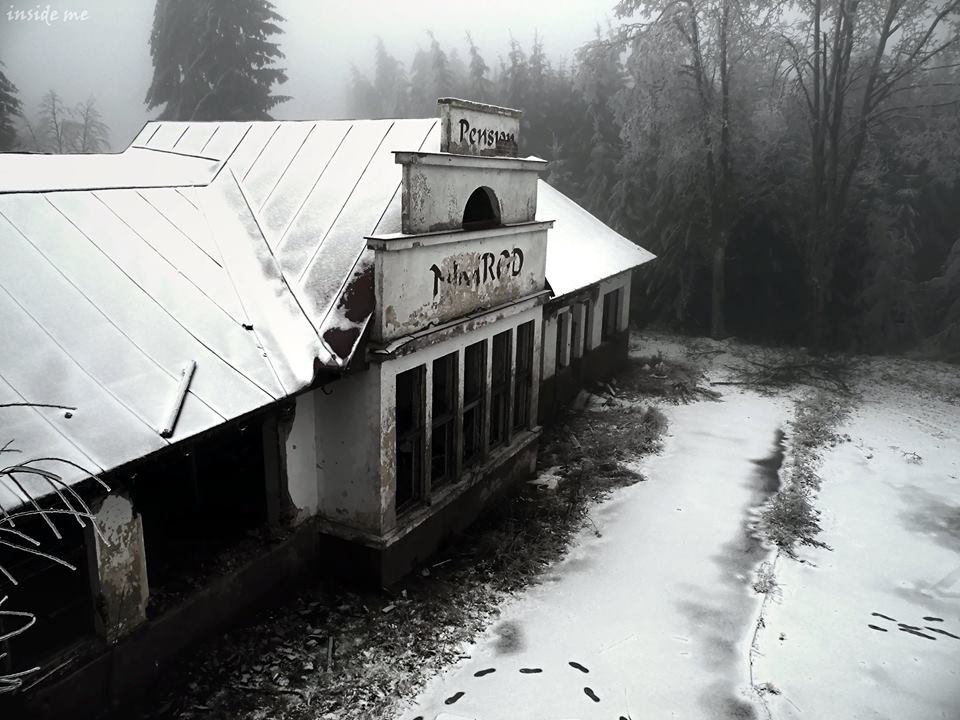 It’s not the only one story and there’s not the only one anomalous place – it’s so many, that even the most pragmatic realists must be in doubt. You’ve maybe already heard about the Nimrod hotel, the famous abandoned house of horror, but that’s definitely not all. If you want to get to the bottom, choose the road leading from Marienbad to the village called Prameny. It’s a beautiful walking trail – but as well, it’s a kind of real adventure.

You can find there the old scary peat bog, where some ghosts were spotted, or the little but mysterious stone cross situated by the road, where some really weird car accidents hapenned – all the drivers testified that they felt like if somebody pushed their car off the road. History lovers can try to solve one of the local biggest mysteries – there’s a rounded field unit which is looking as the rest of some old fortress or guard tower – but it’s just too small for any of conceivable military purposes and in spite of serious science researches already held on this place, still nobody knows what it could be. The most accepted theory is talking about some kind of ancient sanctuary or some special spiritual place.

The last spot is the village of Prameny, which was also a popular spa destination before the Second World War. Today it’s unfortunately almost abandoned – but some of local enthusiasts still keeps the village alive and trying to renew its past time beauty. Taste some of local springs and visit also the forgotten Vincent’s Spring, the last vestige of famous but later completely destroyed spa resort. The spring is not drinking anymore, but previously there was so high quality and naturaly long storable water, that during the war the German Army was bottling it and sending to the Rommel’s troops in Africa.

Finish your journey at one of the most atmospheric places of whole the region. Just few minutes from Prameny you can find a spot called „Three Crosses“  with beautiful romantic rocks offering amazing view above the natural reservation located around. The place is highly impressive – the top of the small hill full of wild heather is decorated with three mysterious crosses from stone and wood. There’s a many stories and legends narrating about their creation. But it’s a kind of wasting time to talk about them now – because on this place you’ll for sure want to write some your own…

All photos by: Inside Me