Thin as a sheet of paper, sweet as a first love. 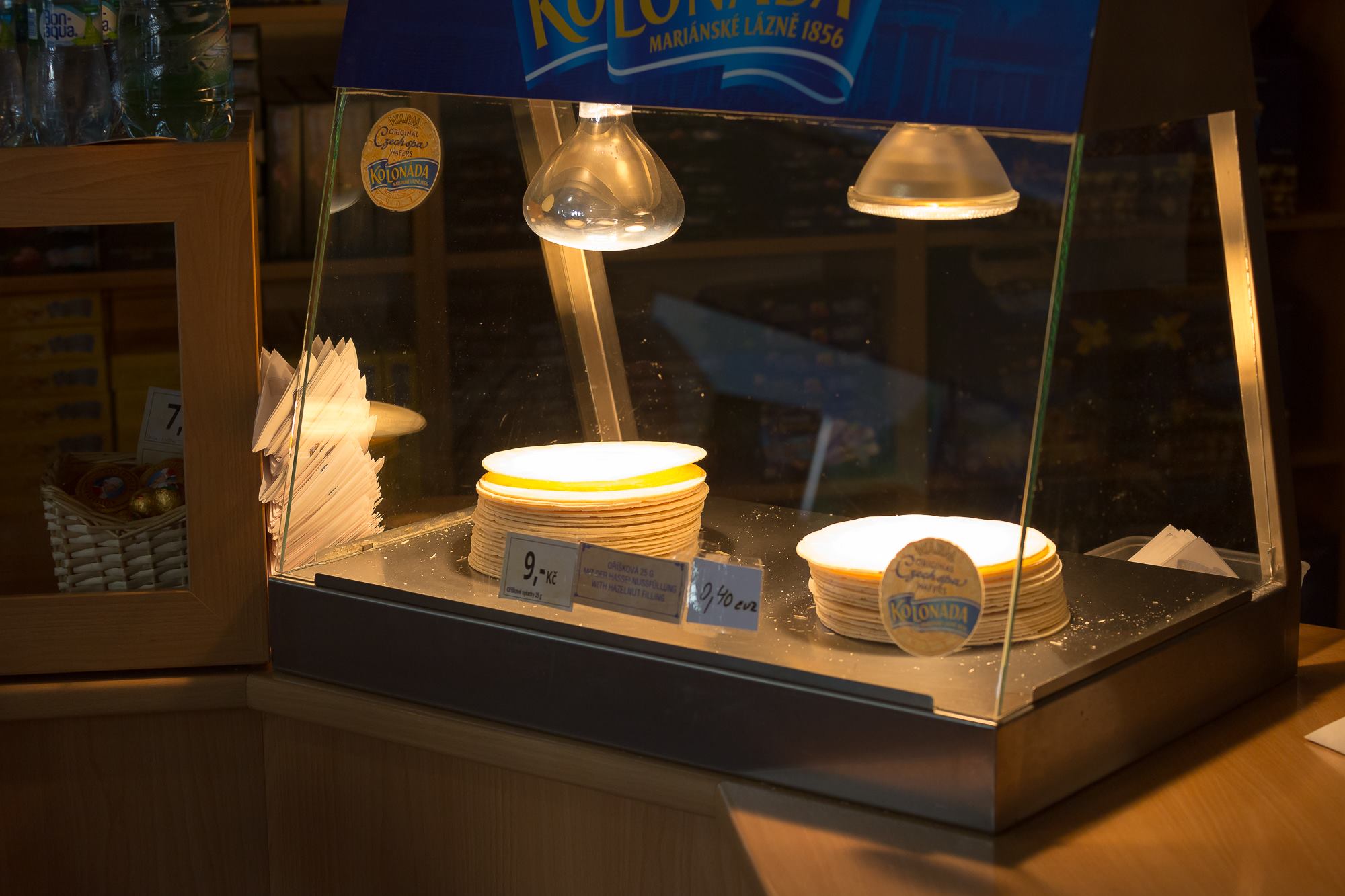 Wispy scent of nuts, soft crunch and then a delicate flavor, dissolving on your tongue. These are the Spa Wafers, another of the inherent symbols of Marianske Lazne. Taste the crunchiest ones and discover 160 years long history of this unique, typically Czech delicacies.

Where to find the crunchiest?

You can purchase Spa Wafers in the most of common stores throughout whole the country, but just in Marienbad you‘ll get the freshest. Traditional shop situated directly on the Colonnade offers the tastiest version – not only absolutely fresh, but also heated and simply delicious. Try it and you’ll feel the difference on your own tongue – so crispy and fragrant, there is no else place in the world where they serve wafers as appetizing as are here.

According to legend, the first wafer was born in the kitchen of the Monastery in Teplá. One of the brothers was assigned to prepare dessert and thought to use a special device, made originally to producing wafers for church. He sprinkled two wafer slices with sugar, vanilla, cinnamon and hazelnuts and baked it all together. Crunchy delicacy was a huge success and exceeded the boundaries of the monastery very soon. Nephew of Abbot Reitenberger (the founder of Marianske Lazne) then opened the first bakery right in the newly established spa town, and began selling popular wafers in bulk. In the 20th century the tradition resulted into opening of the factory, producing since 1974 the famous traditional spa wafers called Kolonáda.

Learn all the secrets of creation!

The manufacture can be found on the outskirts of the central town park, and from afar it will attract you to its delicate sweet aroma. Within the Mondelez group is this factory the smallest one ever – and still it manages to produce sufficient quantities of wafers for the Czech and foreign markets. For a single year the production consumes thirty-six tons of hazelnuts and wheat harvested on 288 hectares, while still holding the traditional procedures. Some activities there, such as scattering, are still performed manually. If you want to know all the secrets of the creation of this traditional delicacy, do not miss the excursion to the production areas (available for groups of 10 and more visitors).