are impressing in every season! 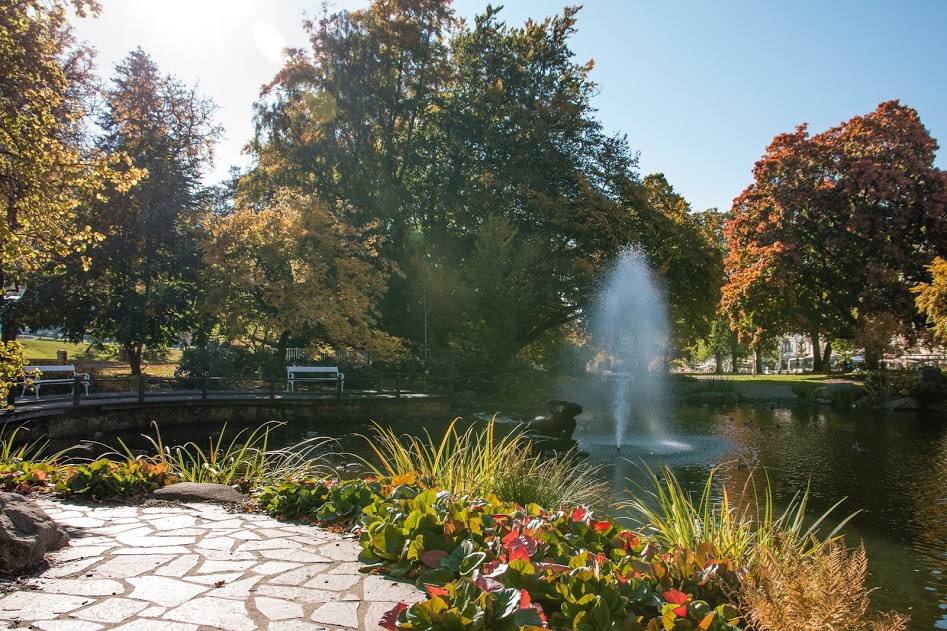 Charming parks, which have not only botanical but also artistic value, are a masterpiece of Václav Skalník, a genius of lansdcape architecture. More than 200 years ago he dried dangerous swamps and made extensive terrain modifications on a huge area of the wild valley of Marienbad, which was previously very difficult to access. He created a unique and timeless concept of three main parks surrounding the Úšovický brook, and formed a base of a current face of Marienbad with its green wherever you go.

The line of main three town parks permeates the town almost in its full length and walking there and back makes about 6 kilometers of a beautiful wander. It’s also a kind of sightseeing trip – a lot of tourist attractions, springs and another interesting places is situated right along the route. Look what treasures are hidden between the trees.

Beautiful area full of interesting spots is situated nearby the Collonade and it‘s a most lively part of town parks. Visit the romantic Swan lake and spend some moments with feeding ducks there, watch the modern collection of statues or some old masterpieces as a famous statue of a seated balerina. Play open-air chess on a romantic bridge or take a selfie with two European rulers – English King Edward VII and Austrian Emperor Franz Joseph. There’s a lot more – memorials of Frederik Chopin, general Patton or Václav Skalník, the modern area of Arnika with a nice promenade along the water, tasty water springs, nice ponds and bridges and last but not least a lot of amazing places where to sit and relax. Show on map.

Tiny park leading throught the middle part of the Main Street is an ideal spot where to sit and watch the rush of the tourist centre of Marienbad. Surrounded by many beautiful and important buildings it’s a popular meeting point, but could be also a food for thought. There’s a memorial of pre-war Jewish inhabitants of Marienbad, who had to escape or were killed in death camps. On the opposite side of the road you can see an empty place – that’s where the Synagogue was situated, before the German Fascist burned and destroyed it absolutely. Don’t forget to put a little stone on the top of the memorial as a tribute to all victims. Show on map.

The Park nearby the Ferdinand Collonade

The last park in the row and the biggest one at all – take a blanket and make a picnic or play some outdoor games in a beautiful environment with romantic pavilions, water springs, nice seatings and other places of interest. Start with tasting of salty Alexandra water spring, have a great coffee in Café Park, cool down your feet in a nice Úšovický brook and smell the sweet scent of Spa Waffels made nearby. Cross the street and visit the beautiful Ferdinand Collonade with glass-made seepages, beautiful flower beds and art sculptures. Finish your walk in a romantic wooden pavilion of Rudolf Spring. Show on map.

Another parks of Marienbad

Geopark – the Geopark is unique in whole Europe especially with its pretty big size of stones but as well with an amazing atmosphere. It includes some hidden spots as a beautiful small natural reservation or a mysterious symbolic cemetery of First war victims.

Park around the Forest water spring – truly romantic place with many of statues, beautiful pavilions and a special hidden area with a lot of old pathways that became wild again. 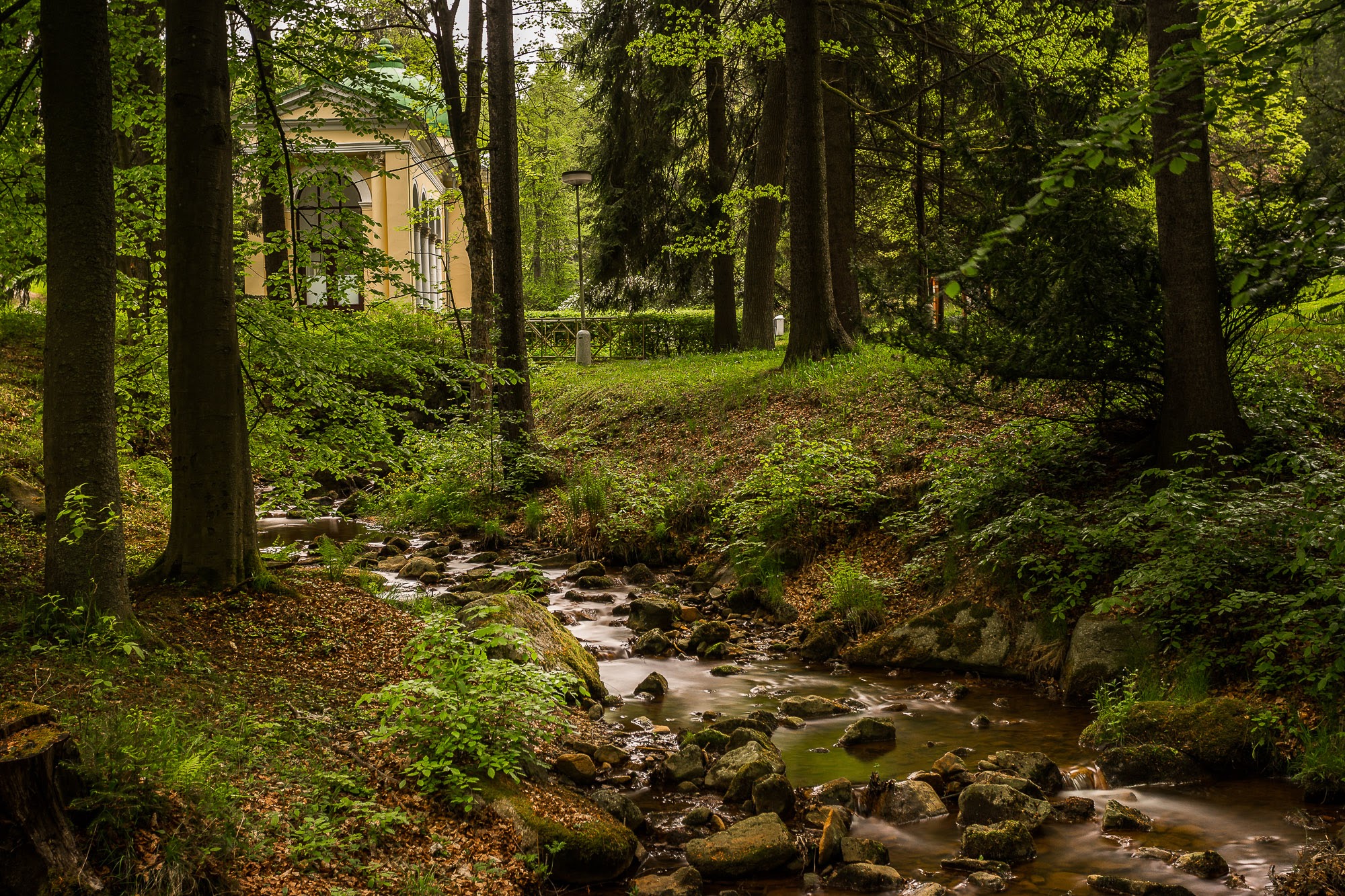 All photos by: Josef Pavlovic